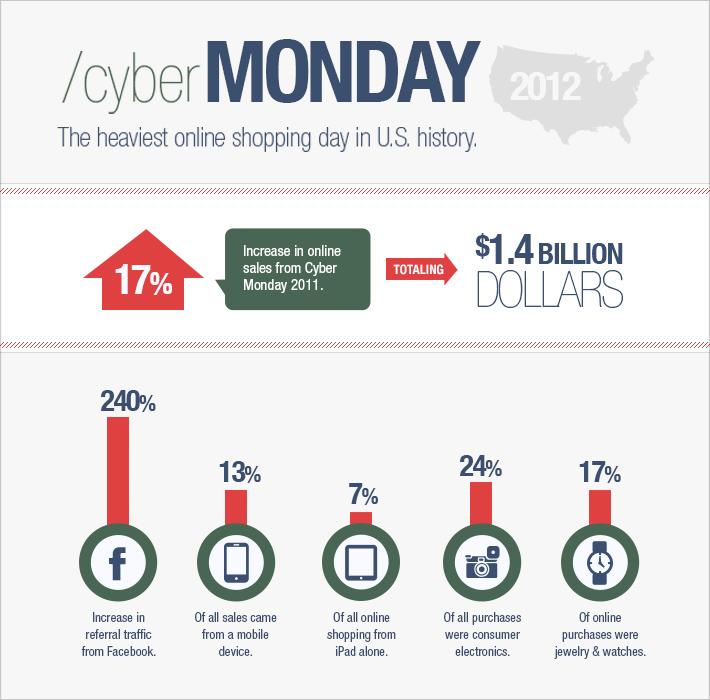 The holiday shopping season is officially upon us, and after a record-breaking Thanksgiving weekend, U.S. online retailers are already seeing green. According to the National Retail Federation, a record 247 million consumers shopped at stores and retail websites over the weekend with total sales reaching a staggering $59.1 billion.

Cyber Monday online sales rose 17% over 2011 to $1.47 billion, once again breaking records as the top online spending day in U.S. history. The average online shopper spent $172.42, a 37.8% increase over 2011, with top items including electronics and accessories, jewelry, watches, and gift cards.

How did mobile and social commerce perform during the Thanksgiving shopping frenzy? While Facebook has reported a 240% increase in referral traffic to top retail sites, third-party reports show that mobile played a much larger role than social in Thanksgiving online sales. Mobile sales accounted for 13% of overall transactions, an impressive 96% increase over 2011, with more than 7% of online shopping attributed to the iPad alone.

eMarketer has reported that total 2012 eCommerce holiday sales are forecasted to increase 16.8% to $54.5 billion. After a record-shattering Thanksgiving weekend, U.S online retailers can continue looking forward to a bright holiday season.